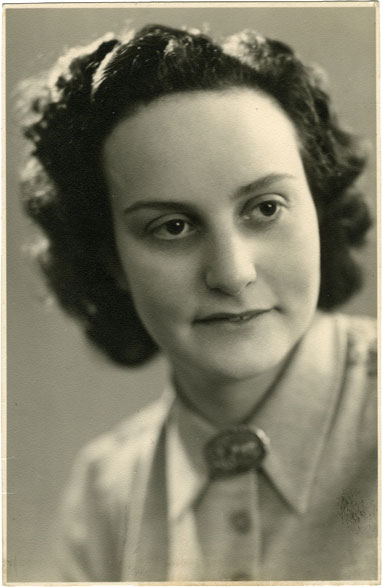 Before the war, Harry lived in Rotterdam with his father Salli and his four brothers, Max, Flip, Ben and Louis. His mother, Greta, was a patient in the Jewish psychiatric institution Het Apeldoornse Bos after Harry’s sister had a fatal accident. Harry’s father was a sales representative and worked in his brother’s factory where bags were produced. During the bombing of Rotterdam the business was razed to the ground.

My brothers and I together set up a bag business ourselves: S. Cohen & Sons – bags and raw products

In Rotterdam, too, the deportations started in the summer of 1942. One day Isy de Swaan rang the bell at the Cohen household. She was the non-Jewish wife of Eduard de Swaan, a colleague of Harry’s father.

When Isy de Swaan saw our rucksacks, she said: “Have you gone mental? Are you going to volunteer and report?” We wouldn’t have reported voluntarily, but if we’d received a notice at that time, we would have gone. 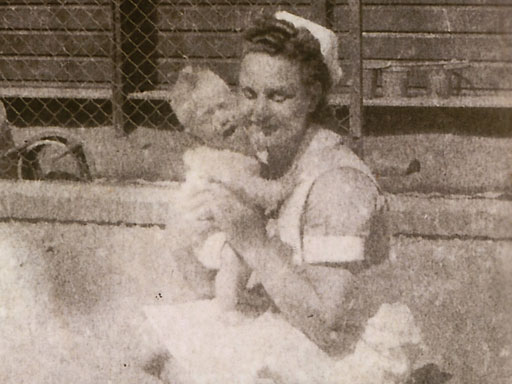 Through one of Mrs de Swaan’s connections, Harry and his brothers managed to get jobs with the Joodsche Raad in Amsterdam. They moved. Harry started to work for the liaison office of the Joodse Raad, the Expositur. One day he had to take a message to 'de crèche', the childcare centre opposite the Hollandsche Schouwburg.

That’s where I met Sieny. She was one of the carers and made a deep impression on me. There she was; she was somebody. Proud and beautiful.

Section of the Jewish Council acted as a liaison with the Zentralstelle für jüdische Auswanderung.

Sieny was born into a family of five. Her father, Jonas, was a merchant and married to Bertha Reuff. Sieny had a brother, Leopold, who was nine years younger and a sister Julie, two years older. In 1941 Sieny applied for a job, together with a friend, at 'de crèche' on Plantage Middenlaan, which was under the management of Henriëtte Henriquez Pimentel. There she did her training as child care worker.

The children of the arrested Jews were lodged there; on the other side of the road they would cause too much upheaval. From then on, although we weren't equipped for it, we had babies, toddlers and older children in our care, 24 hours a day.

The German Jew Walter Süskind was the coordinator of the reception of the Jews in the Hollandsche Schouwburg. He was at the head of a group of people in the Joodsche Raad. Together with the director of the childcare centre, Süskind tried to let as many children as possible escape from the childcare centre and go into hiding. This was possible because the people in the Joodsche Raad did not register all the children.

I often went to the other side and spoke to the parents in private. ‘I'd like to talk to you for a minute. What I am telling you is a strict secret. Tonight at ten o'clock you will be deported to Westerbork. But one of your children has not been registered. Do you want us to bring it to you tonight or do you want to leave it with us?’

Most parents wanted to keep their children with them, but in the end at least 500 children went into hiding via the childcare centre. Many children were smuggled via the back garden to the teacher training college next-door.

The Director of the teacher training college, Mr Van Hulst, was involved in the plot. He had put a number of beds in a schoolroom for the children to sleep in. People from the Resistance would then collect the children from him. They entered the teacher training college through the front door as usual, because nobody took any notice. They just had to chooose a good moment to leave again with a child.

Harry and Sieny were married on 28 June 1943 and on 29 September 1943 they decided to go into hiding together. They were just in time. That very same day everybody who was still in the childcare centre and the Hollandsche Schouwburg was deported. They had arranged to meet at the house of Mrs de Swaan, who helped many others to find an address to go into hiding.

Sieny: The same day I was collected by Mrs de Swaan's gardener, Hannes Boogaard, a giant of a man who was nicknamed ' the tree ape' in his own circle. We went first by tram, then by bus, to the family farm of the Boogaards in Lisse.

Sieny couldn't stay with the Boogaards. There were already very many Jews in hiding there. Harry left Amsterdam the next day. 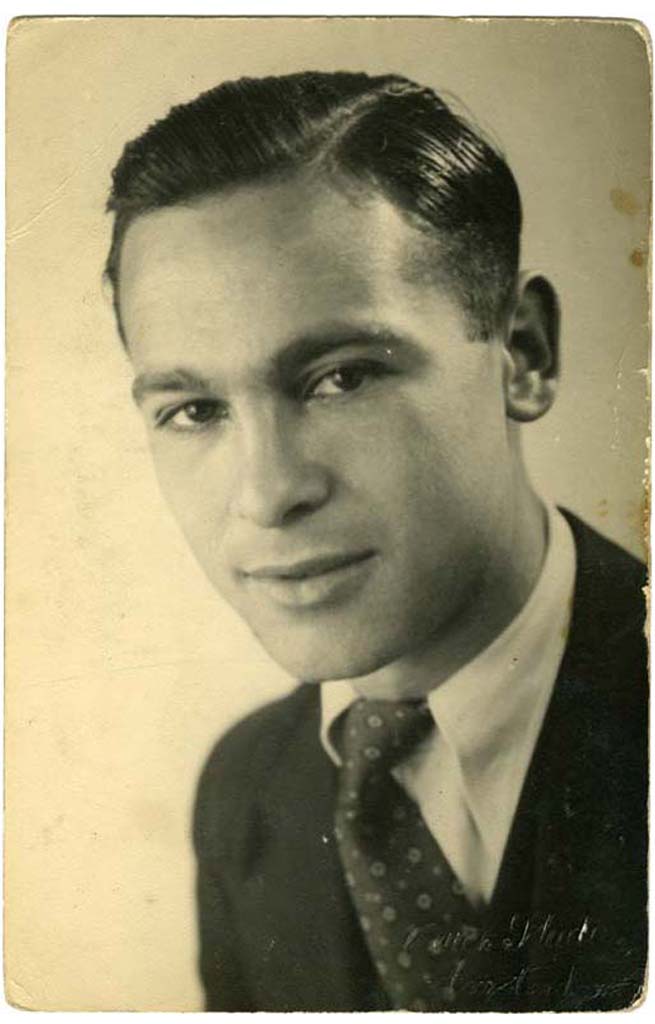 The next day, Harry and Sieny were taken by Hannes Boogaard to a houseboat belonging to the Van Tol family on Lisservaart. They couldn't stay there overnight because there had been a raid recently and there was a serious chance that the Germans would be back.

Van Tol told us about a small island not far from there, where local people had hidden a cabin yacht in a shed so it wouldn't be confiscated by the Germans. "I'll lend you my rowing boat," said Van Tol, "so that you can spend the nights in that boat. But you have to go out there in the dark and come back when it's still dark." When we'd rowed there in the night, we heard 'splash', 'splash', 'splash'. "They've discovered us," said Harry. But nothing happened. We got to the island, opened the shed, and climbed into the boat. We'd only just got inside when again we heard the splashing, and some more a bit later. Then we heard it on all sides: 'splash', 'splash', 'splash'. Rats! The whole place was full of rats. For two weeks we rowed there every evening.

A better solution had to be found and it was accidentally discovered that Harry’s father was in hiding with the Breijer family not far away.

It was like stepping from hell into heaven. The Breijers had a small cottage against the dyke, measuring 4 by 6 metres. Inside there was a jovial atmosphere and they were drinking tea. 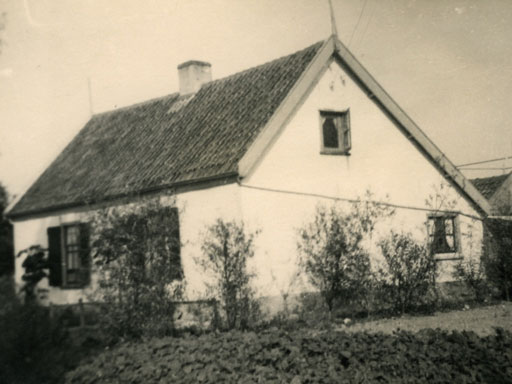 There were already 16 people there: eight Jewish people in hiding and eight family members. One of the sons was in hiding in his own home in the hope that he would avoid Arbeitseinsatz that way. There was a white tablecloth on the table and the cups were white. Harry’s father, who told us to call him Uncle Henk straight away, was in tears. Mrs Breijer's face was beaming for joy. Everybody was in a festive mood: Uncle Henk's children had arrived!

The people in hiding had to stay indoors all day. Under the house, next to the existing cellar, another crawling space was dug where they could hide in case of a raid. They did the digging in the daytime and at night the earth they had dug up was strewn across the land.
One day there was in fact a house search. The Germans had heard a rumour that the Breijers were hiding Jews.

Angry that they hadn't found anyone, they dragged the eldest son, Sam, out of the house. We could hear everything through the floor and we were afraid that he would be deported or even shot. "Jews?" he said. "We've never met any Jews. I don't even know what Jews look like."
"There are Jews here, we know for sure. And people say so as well."
"So do you believe gossip?"
"Yes," they said. "Usually some of it is true."
"Do as you like, but I've never seen a Jew in my life."
Sam was not deported and he was not shot. After a while he came back in and the Germans left. His parents and his brothers and sisters hadn't batted an eyelid.

After the raid the people in hiding stayed under the floor for nearly a year, until the liberation. 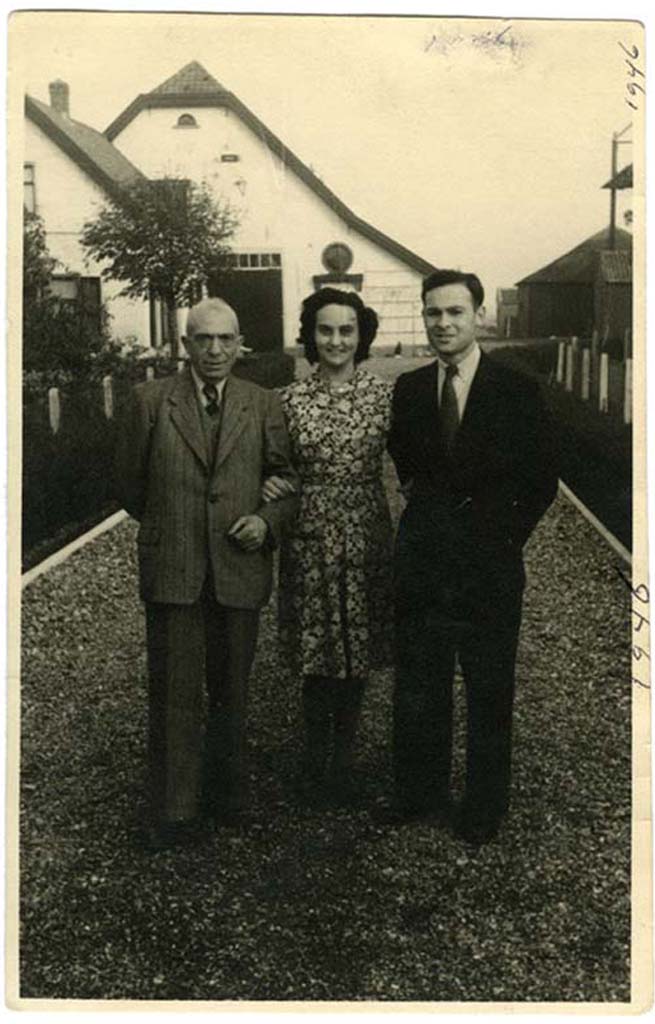 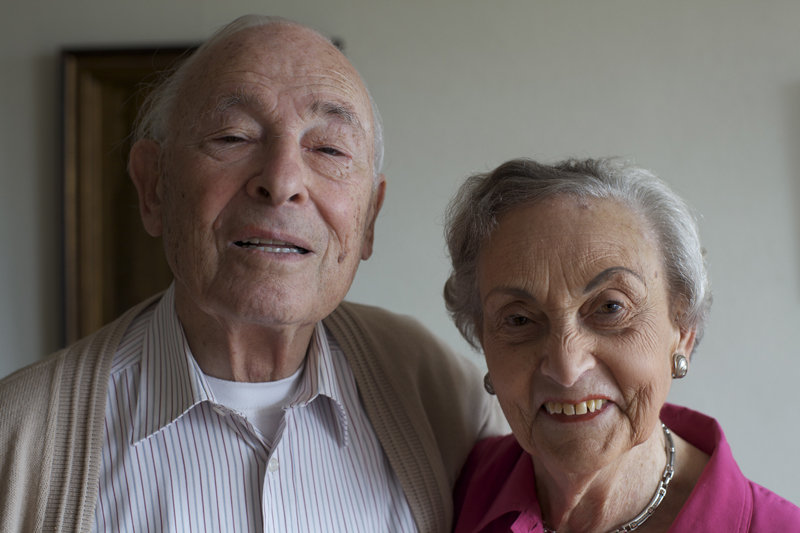