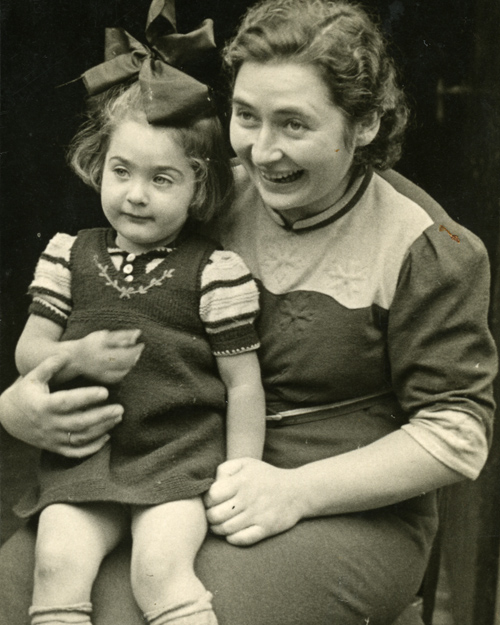 Before the war, Leni’s father, Philip de Vries, had a kosher butcher's shop that sold only beef, and he was married to Henriëtte Frankenhuis. Leni had a brother, four years younger, and twin sisters nearly two years younger.

See kosher in the glossary of JoodsMonument.nl

For me, Judaism consisted of the feeling of security my grandmother gave me. She was a big woman in a dress full of stains and a large silver broach pinned on it. I loved getting on to her lap. That dress was very special to me. It was of a very unusual colour brown, a kind of dark bronze and it radiated warmth as it were. I've never seen that kind of brown again. 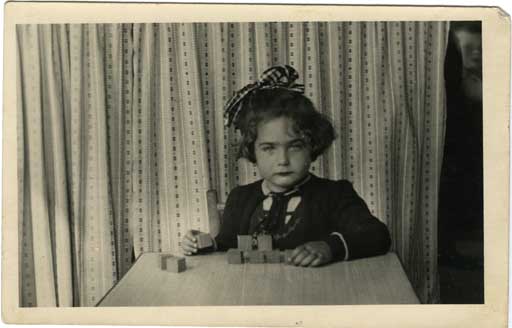 In September 1942 somebody advised the De Vries family to go into hiding. Leni was taken by the local hairdresser, Mr Grunnekemeijer, to Reverend Leendert Overduin who arranged many hiding addresses for Jews in the war.

Leni went to stay with a family with five children where she had a very tough time.

The family constantly made me feel that I wasn’t one of their children. I was a dark-haired child whose eyebrows met in the middle. They probably thought I looked too typically Jewish, because immediately after my arrival they shaved the space between my eyebrows without explaining anything. For me, it felt as if I’d lost my 'self.'

If Leni didn't finished her food quickly enough, her plate was taken away. Her milk was watered down and if anything went wrong she always got the blame. She was also beaten.

On a Saturday Aunt Nelly washed us thoroughly. I called her Aunt Nelly; I never said Mother or Mum. The washing took place in the kitchen. I had to stand on a yellow chair – I am still allergic to yellow chairs. Before she washed me, she always, without giving any reasons, beat me so often that I was black and blue until the Saturday after.

When a sixth child was going to be born Leni was moved to an elderly couple, Van Veldhuyzen van Zanten. They were kind to her. Leni felt as if she'd moved from hell to heaven. She also went to school. When there was a danger of a raid, Leni had to hide in the space under a cupboard.

During one of the few hours I had to hide in that space I badly needed to pee. But there was nothing resembling a chamber pot. I did find a yellow duster with red cotton stitches. I put it on the floor and peed on it. The miraculous thing was that they weren't even cross with me when they let me out again. On the contrary, they praised me for having used the duster.

Towards the end of the war Leni had to go back to Enschede where she stayed until the liberation.

After the war I had attachment problems. In the war I often longed for my parents, but once I was at home again, something proved to have been damaged. It simply didn’t work anymore. My mother couldn't give me a sense of security anymore. When I had children of my own, I found it very difficult at first to cuddle them. I never really hugged family and friends either. Until I simply started doing it because I noticed that a hug was appreciated. The feeling of warmth did come back that way. I had to learn it all over again. 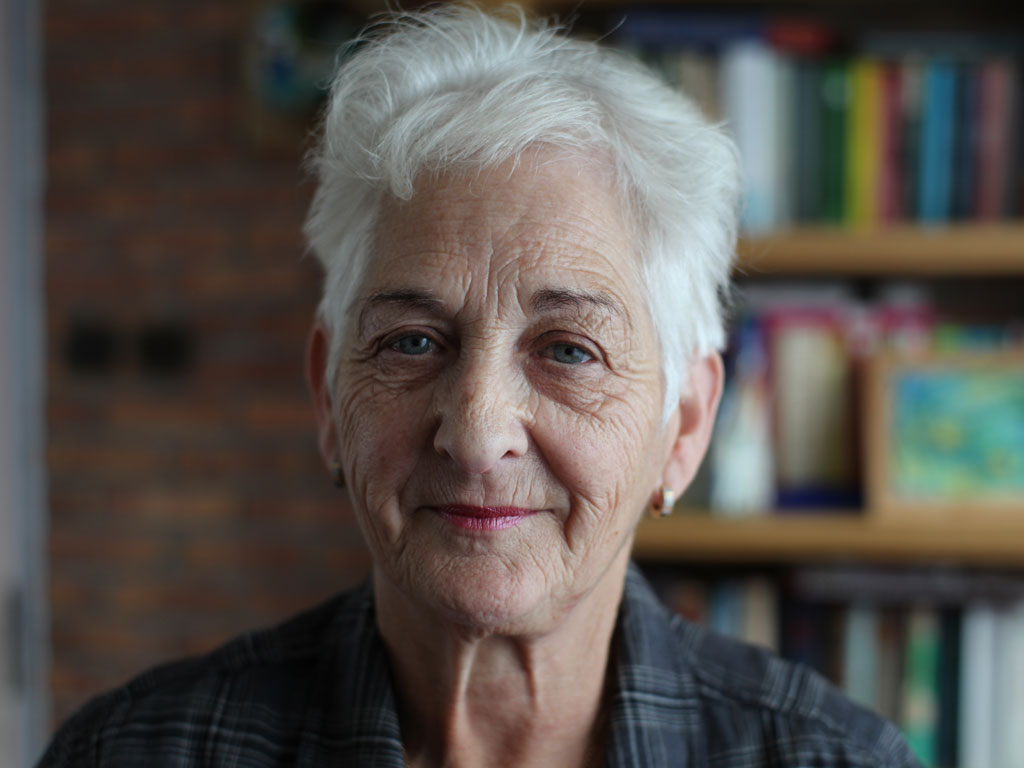 Next: Benjamin Kosses
As long as you get married later