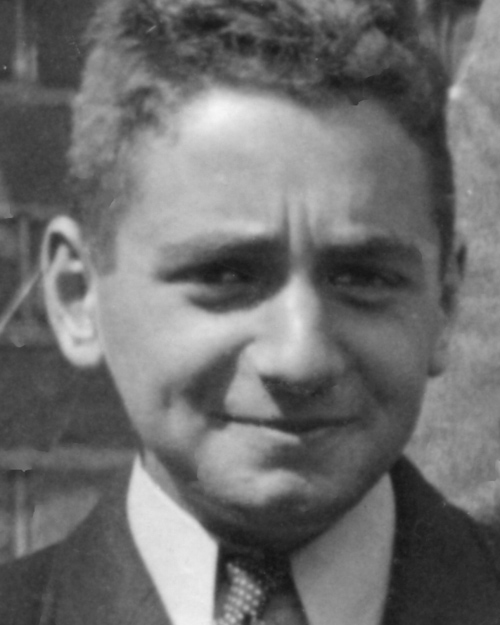 Arnold Weijel was born into a family of four. His only brother, Jacques Albert, was four years older. His father, Herman, was a buyer for the textile wholesaler’s S.I. de Vries in Amsterdam and came originally from the Twente region in the province of Overijssel. His mother, Sarah de Jong, was from an Amsterdam diamond dealer’s family. Arnold was brought up with a number of typically Jewish traditions, but in other respects the family was not religious and completely assimilated. They had a German maid, Marie.

I was born in ´23 and in that year there was a big famine in Germany after the First World War. At that time, lots of German girls went to the Netherlands to work as housemaids. My mother and her two sisters all had a German servant girl in the family.

Marie’s father, who was regularly in the Netherlands and fiercely anti-Nazi, regularly warned them about the seriousness of the situation.

‘Just wait, you’ll see, it’s very bad; it’s going to be the end’ he warned us: ‘You will just have to flee, it doesn’t matter where.’

Shortly before the war broke out, the Weijel family received an offer from the English Consul to escape to England with him and the English diplomatic personnel. They did not, because of a disagreement: Arnold’s father was not prepared to leave the business behind, but his mother was. Later, when they tried to escape after all, via IJmuiden, it was too late.

As more and more anti-Jewish measures were introduced the atmosphere became more and more grim. Luckily the Weijel family was on good terms with their next-door neighbours. Although Jews and non-Jews had long been forbidden to visit each other, some neighbours continued to see them. The Wouters family, strictly religious Calvinists, offered them a place to hide.

My mother was immediately in favour, but my father said: “Oh no, let’s first wait and see.” Since then I’ve learnt to hate that phrase ‘wait and see’. During the razzia of 20 June 1943, we were about the very last people in Amsterdam to be taken from their homes.

See raid in the glossary

The Weijel family was taken via the police station to the Hollandsche Schouwburg. With the help of a number of young men in the Joodsche Raad the Weijel family managed to escape.

It was chaos. We were in an auditorium, I think, and on the stage. And those young men of the Jewish Council had contacts in the Resistance and would smuggle people out, across the road to 'de crèche', the childcare centre. My father was the boss of some of the parents of those lads and they told them: ‘Weijel’s been arrested’ and then they made sure that we could escape. The SS guards were often drunk and then those lads would go and talk to them and stand in front of the box-office window so that they couldn’t see anything. We crawled under the box office out and across the road to the childcare centre and there we were hidden in the attic.

Abbreviation for Schutzstaffel, meaning 'guard unit', the armed forces of the German NSDAP.

See SS in the glossary of JoodsMonument.nl

The next day Arnold and his parents went into hiding with the Wouters family, on the floor above their immediate neighbours. They were treated as members of the family but never went outside and had to keep quiet all day.

From the first day on I started to keep a diary. I typed. And our maid, Marie came round regularly. She would bring ‘Die Deutsche Zeitung in den Niederlanden’, the German newspaper in the Netherlands. She worked for the staff of the Luftwaffe near Overtoom and she was the only one, apart from the Resistance people, who knew where we were.

See Resistance in the glossary of JoodsMonument.nl

Some of the sons of the Wouters family had gone into hiding in the countryside. The Germans were looking for them for the Arbeitseinsatz. One evening there was a house-to-house search. The Weijel family hid in the space between the room-dividing sliding doors and the ceiling. They heard the soldiers walking around right above their heads. One day the Weijels saw their own house being raided.

I was standing behind the curtains and I looked down, because we were higher up. And on the first floor my bed was taken out, my brother's desk, my desk, a linen cupboard and antique stuff. It was called Pulsen.

Emptying the homes of Jews after the residents had been deported or appeared to have gone into hiding or to have fled.

See pulsen in the glossary of JoodsMonument.nl

When there was no longer any electricity, people would put a bicycle on a stand and lean a dynamo against the front tyre. Somebody would cycle and by pushing the pedals generate a tiny amount of electricity, just enough to provide some light. During the Hunger Winter Marie would come round once a week with a meal. Being a native German, food was available to her.

After the liberation we all came down the stairs together. The Wouters family had called all the neighbours in the street together, and then we came down. There was a large group of people waiting for us who were all totally surprised to see us coming out of the house. Our downstairs neighbours, too, who had looked after our paintings for us, didn’t know that we’d been in hiding there all that time. 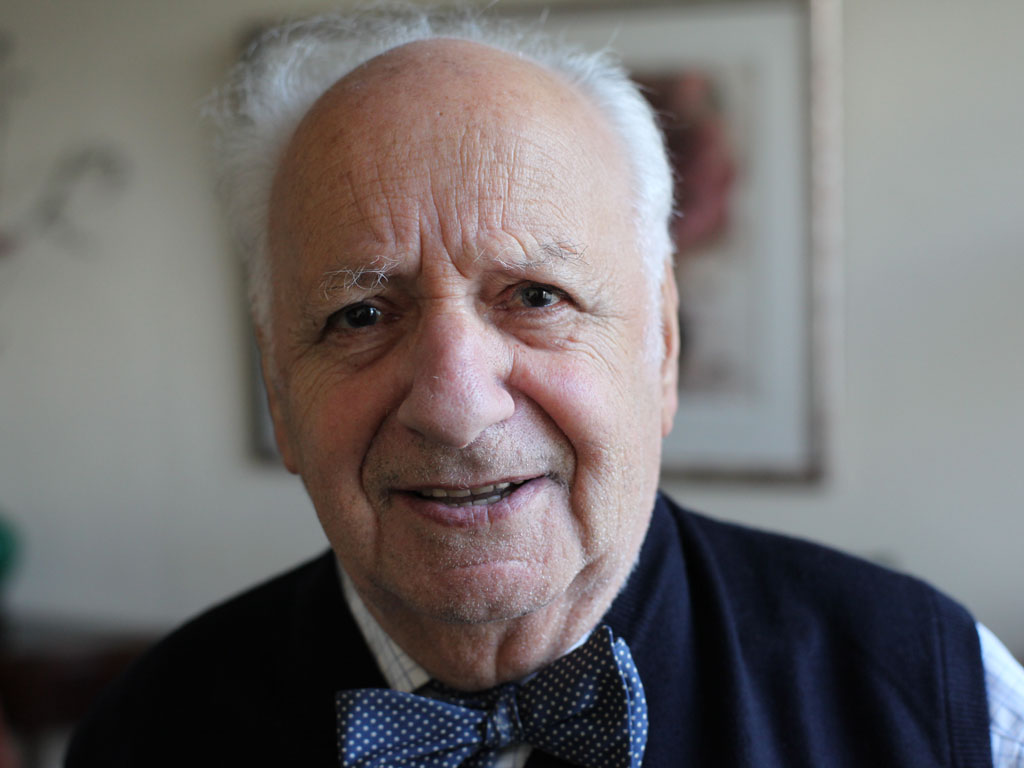 Next: Hanneke Lankhout
Did Mom buy me from Mother?